5 of the Best Documentary Films

Posted on September 5, 2015 by wavemotionfist

I think documentaries get a bad rep of being dull or slow; incapable of action or humour. We’ve seen more and more in recent years that the documentary genre can make some of the most tense and exciting films out there. As they say, the truth is often stranger than fiction.

5) Exit through the Gift Shop

A documentary about Banksy but not about Bansky. In this feature Banksy, the man of mystery himself, narrates a story about another street artist, the now famous Mr. Brainwash. What you have here is an incredibly odd and very funny snapshot of the rise of Mr. Brainwash and an insight into his personally life. The thing is, is he real? Or is he another of Banksy’s art pieces? It’s difficult to tell. 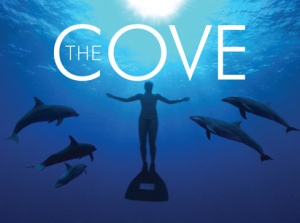 This documentary plays out more like an espionage film then a traditional documentary. It features animal activist uncovering the brutal slaughter of dolphin’s by Japanese fisherman. The imagery in the film is very affecting and does make you feel angry but I think the fishermen are portrayed, perhaps unfairly, like monsters and I’d have liked to see more from their sides. But it is a film you need to see, especially being that it is still relevant today, as Japanese whaling is ever prevalent in the news.

A very interesting look at some of the biggest indie games of the PS3/360 generation, as they are being created. The creators of Fez, Braid and Super Meat Boy are all tailed during the development process of their games, and you see the trial and tribulations of creating these incredibly successful games. It’s incredible what one or two inventive minds can create, especially in an industry of 60 million dollar, 3000 worker, blockbusters like Call of Duty and Halo. Phil Fish, creator of Fez, is of particular interests and you can see some of the attitudes and behaviours that would later cause him to explode on Twitter, cancel Fez 2 midway in production and leave the Video Game industry indefinitely.

Another Video Game documentary, The King of Kong plays out like Rocky vs Apollo Creed. Underdog Steve Wiebe takes on the big bad Billy Mitchell for the world record high score at Donkey Kong. I think the film picks its villains and heroes a little unfairly but only in the name of entertainment and it does so successfully as The King of Kong is brilliantly entertaining.

A fascinating film about the life and brutal death of Timothy Treadwell, a man who choose to live among grizzly bears. There’s some unbelievable scenes in the film of Timothy getting up close and personal with the bears, even to pet them. The film is narrated at times by Timothy himself, who created video accounts of his time with the bears. There is very disturbing foreshadowing at times as Timothy himself notes of a bear he is uncomfortable around. Despite this ending in the horrific way that it did, the life of Timothy Treadwell was fascinating and the film makes for captivating viewing.

What are some of your favourite documentary films? Let me know in the comments down below