Posted on September 2, 2015 by wavemotionfist

Michael Fassbender is a one of the biggest talents in Hollywood right now. The recently release of the trailer for Macbeth, in which Fassbender plays the titular character, has got everyone talking and his other upcoming projects, including a Steve Job biopic directed by Danny Boyle and his starring role in the adaption of the Assassin’s Creed Franchise, seem promising. So it seems fitting to run through his top 5 performances so far. Whether it’s a big blockbuster superhero flicks or independent art house, Fassbender always steals the show.

You would think it would be hard to portray emotion inside of a massive paper mache mask, but Fassbender manages it brilliantly in this off-beat indie comedy/drama. Frank is one of those films that flew under the radar I think, but it’s a must see. One of the reasons is because Fassbender is doing two things at once, with his performance, all under the mask. He’s shows off his comedic style, which will having you rolling often, while also portraying the lasting effects of mental illness.

In Fassbender’s breakout film role and his first collaboration with Steve McQueen, Hunger tells the story of Bobby Sands, the IRA prisoner who led a hunger strike while in prison in Northern Ireland. Fassbender’s transformation is absolutely horrifying, especially towards the end as Bobby begins to succumb to starvation. Fassbender demonstrates that there is always a resolve in Bobby, a fight even in the end and a desire to never compromise even in the face of certain death. 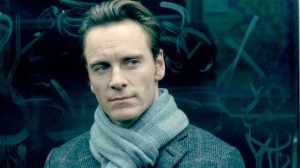 This movie is one the most uncomfortable experiences you can have watching a film, even more so if you watch it with someone else. That isn’t because it’s a bad film, far from it, but Fassbender’s portrayal of a sex addict is so utterly convincing that its like your watching a train wreck. I think most films these days take sex addiction with a grain of salt. I thinking of the likes of Wolf of Wall Street here, where sex addiction is treated more as a minor distraction. In Shame it consumes Brandon’s (Michael Fassbender) life. Fassbender depicts it accurately as what it is for Brandon, a mental illness. A mental illness that destroys his relationships and even directly and indirectly endangers the life of his loved ones. Fassbender absorbs the loneliness that Brandon feels with a subtlety that isn’t apparent until the final act. 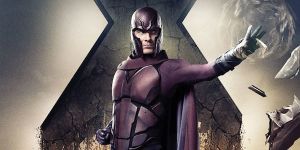 It was an almost impossible task to replace Sir Ian McKellan as the iconic Magneto but there was no better choice than Michael Fassbender. His portrayal of Magneto is excellent. He is constantly menacing even when he is supposed to be on the side of good and as an audience member you always keep a close eye on him. You can see his mind constantly ticking over, thinking 3 steps ahead. He’s especially good in X-Men: First Class, where Magneto struggles to come to terms with his past, specifically the treatment of himself and his parents under the Nazi party.

The role in which Fassbender earned his first Oscar nomination, his intense portrayal of slave owner Edwin Epps is something to behold. He demonstrates Epps’ righteousness with utter conviction which worked to really highlight the contradictions of his actions towards Solomon Northup and the other slaves. You hate him not just because he’s evil but because you know that he doesn’t believe he is.

Do you agree or disagree with the list? Let me know in the comments down below